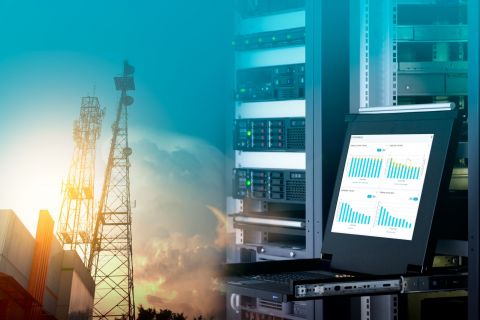 Today, many electronic cabinets are cooled needlessly with expensive, bulky compressor-based air conditioners. Standard air-to-air temperature control systems with vertical mounts are often too large to fit inside an enclosure, so instead they are mounted on an exterior wall to provide temperature control to the entire space inside. However, there is no need to cool the entire enclosure. It is rather a waste of time, energy, and money.

In addition, the AA-230 Series thermoelectric cooler assembly can be mounted inside enclosures to accommodate short partitioned shelf heights. Instead of cooling the entire cabinet, a single smaller AA-230 cooler protects only the specific electronics that require cooling, which translates to significant energy cost savings. Because of its innovative design, the new AA-230’s steady state construction requires less maintenance than standard compressor based air conditioners.

The AA-230 uses impingement flow to transfer heat and offers dependable, compact performance by cooling objects via convection. The AA-230 has 230 Watts of cooling power and at Delta T=0°C. Heat is absorbed and dissipated through custom designed heat exchangers with a high aspect ratio. The dual cold side air ducts can be oriented in any direction to accommodate obstructions and maximize circulation. The heat pumping action occurs from custom designed thermoelectric coolers that achieve a high coefficient of performance (COP) to minimize power consumption.