Common Coolant Types and their Uses in Liquid Cooling Systems

Using liquids for heat transfer is an important cooling method in many industries. Selection of the best heat transfer fluid for a cooling system involves consideration of performance, compatibility, and maintenance factors. Water has excellent heat transfer properties, making it somewhat of a standard for comparison to other coolant fluids. Among heat transfer fluids, water has superior properties in many regards, with a high specific heat of around 4,200 J/kgK, low viscosity, and no flash point. On the other hand, it has a relatively narrow range of operation, as liquid temperatures leave plain water susceptible to freezing or boiling.

The quality of street (mains) water depends on its storage, delivery, and ultimate source (ground versus surface water). It may contain corrosive impurities, such as chloride, alkaline carbonate salts, or suspended solids. For cooling applications involving recirculating water flow, the system may be charged with already filtered or purified water. While some impurities are to be avoided due to potential corrosive effects, completely pure water is hungry for ions and is considered to be an aggressive solvent. Impure water is also an electrolytic bridge to enable galvanic corrosion if the system possesses dissimilar metals.

Water as a coolant in a recirculating system is also susceptible to biological fouling. Algae, bacteria or fungi are likely to form depending on the system’s exposure to light and heat and the availability of nutrients in the wetted components. The resultant slime or biofilm can inhibit heat transfer between the fluid and wetted surfaces. Sufficient concentration of the additive agent must be considered. For instance, glycol as an additive is commonly used as a control against biological growth, but concentrations less than 20%, the effectiveness is limited; in fact, below 1%, propylene glycol and ethylene glycol act as a bacterial nutrient.

The suitability of the fluid for operation over the range of operating temperatures is of the upmost importance. This must include consideration of the fluid’s phase transitions (boiling and freezing), chemical breakdown of the fluid’s chemistry, and the diminishment of the fluid’s lubricating and heat transfer properties. Freezing of a fluid will diminish heat transfer at a surface, while boiling is dangerous for systems not designed to withstand overpressure in the fluid containment. Boiling liquid expanding vapor explosion (BLEVE) is a potentially dangerous phenomenon that can occur should a sudden rupture of the containment, even if the designed temperature and pressure operational conditions should keep the fluid in the liquid state. Flash points for volatile fluids must also be noted.

Most fluids can be assessed for temperature compatibility with readily available printed specifications, with other materials needed to determine situations involving different pressure or unusual operating environments. In cases where a particular combination of fluids is being tailored for use by the user, such as water/glycol combinations, little direct test work by the user is usually required, given the availability of data from manufacturers.

Stainless steel, and in particular 300 series stainless (austenitic stainless steel), is inert against nearly all heat transfer fluids due to the nature of the chromium (III) oxide passivation layer covering the surfaces of such steels. When using deionized water, stainless and nickel are considered to be appropriate for wetted surfaces. Although stainless steel is excellent for use against corrosion in most cases, there is a penalty for using it in the form of a rather low thermal conductivity when compared to other metals such as aluminum or copper.

Aluminum and its alloys have good thermal conductivities, ranging from 160-210 W/mK. However, aluminum tends to be susceptible to corrosion or pitting from impurities in unpurified water. Even with a glycol solution in distilled water, both EG and PG form acidic compounds under oxidation. This can cause corrosion to wetted surfaces and the formation of organic acid byproducts. Prevention methods include the addition of corrosion inhibitors to the fluid, or applying surface treatments to the wetted surfaces, such as anodizing aluminum.

Copper and copper nickel alloys have good resistance against corrosion and a natural resistance to biological growth. As with aluminum, corrosion inhibitors should be employed to avoid acidic corrosion.

Wetted surfaces on the pump, including the seals, must be compatible with both the fluid and the expected operating conditions. Galvanic corrosion in systems using different wetted metals can create additional issues.

High power transformer cooling creates particular electrical conductivity requirements for cooling fluids, which cannot be permitted to facilitate arcing from high voltages to ground or other surfaces. Similar requirements for low electrical conductivity of the fluid are driven by voltages in the tens of kilovolts in applications such as X-ray tube cooling. Direct immersion cooling of electronics, for performance or strict temperature control for testing purposes, obviously requires a low electrical conductivity. Dielectric fluids such as XG Galden or Fluorinert are employed for these purposes, with dielectric strengths in the tens of kilovolts per 1/10”. Highly purified water can be employed, though the initial resistivity of the water can alter over time without continuous maintenance efforts. Mineral oils, or hydrocarbons such as hexane or heptane, can be used, but flammability can be a concern.

These organic fluids often have higher viscosities than water, so it is useful to get supplier data for a candidate pump’s flow and pressure characteristics when operating at your desired fluid’s viscosity.

A fluid with low electrical conductivity can build up static charge as a result of flow electrification. Resistivity of 2×1011 Ω cm or greater (50pS/m or less) is considered to be susceptible to this effect. Deionized water, for comparison, has a lower resistivity than this. To avoid static buildup, grounded hose or metallic piping are needed. An anti-static hose may employ conductive additives to the polymer material, or it may have a wire coiled through the pipe, with ground connections at proper intervals.

Deionized water has very low levels of mineral ions to contribute to the electrical conductance of the water. Production of the highest purity deionized water involves the use of mixed ion-exchange resins bed to remove mineral cations and anions from the water and replace them with hydrogen and hydroxide ions.

Even with precautions taken to ensure passivated wetted surfaces through the coolant loop, ionic impurities will develop in the water over time. It is the nature of water to absorb ions from minerals that it contacts, and deionized water, with its lack of ion content, is hungry for it, and aggressively acquires them from contact surfaces.

To keep the original dielectric properties of the water, it must be continuously passed through the resin beds. These beds will slowly lose their effectiveness, and regeneration of the bed will have to be performed if the bed is not to be periodically replaced. Complex systems are required for regeneration of mixed beds, and it requires different regenerative agents for the anion and cation resins. Oils, silt, or metal particles (either from machining operations or precipitates from chemical action such as iron fouling) will also decrease the lifetime of the resin bed.

There are a number of different thermophysical properties to use to assess the thermal performance of a fluid, including thermal conductivity, specific heat, density, and viscosity. The ultimate goal of maximizing these properties is for improved heat transfer between the fluid and the heat exchange surfaces it contacts. Assessing the heat transfer coefficient directly in these cases requires use of correlations developed to calculate the coefficient for various specific geometrical conditions.

In these correlations, two dimensionless parameters have dependence on the fluid properties. The Rayleigh number is associated with buoyancy-driven flow, also known as free convection or natural convection. The Prandtl number is the ratio of momentum diffusivity to thermal diffusivity. They are defined by the following equations:

The heat transfer correlations tend to follow some form of:

Short of full thermal analysis, a less rigorous approach involving a figure of merit, such as the Mouromtseff number, can give a simpler basis for comparison of fluids by taking into account some or all of the physical properties previously mentioned.

The Mouromtseff number is formed by:

The a, b,d, and e values represent positive values specific to the type of application.

In general, it can be seen from the Mouromsteff number, and also from full analysis of the various correlations for convective heat transfer coefficients between fluid and solid surfaces, that the thermal conductivity, density, and specific heat are positive contributors to the performance of a thermal fluid, while viscosity is a negative contributor.

Adding to the negative effect of larger viscosities in heat transfer is the effect on pump performance of fluids of different viscosities, as the fluid velocity will have significant positive effect on the heat transfer coefficient. Pumps also have charts for flow versus pressure to give an indication of expected performance with different fluid types and mixtures having the potential for creating deviation from the supplied curves. Operation at different temperatures will also affect the fluid viscosity, which will have additional effects on flow rates. Fluid velocity or flow rate is important for understanding the expected performance of a system. Heat exchangers and cold plates are often rated for a particular flow rate of a specific fluid type. Deviating from the fluid used to make the projected performance charts will result in changes to the numbers.

Of course, the bulk flow of the fluid must be sufficient to meet the heat removal requirement as expected by the specific heat of the fluid and allowable temperature rise:

According to the often-used Darcy-Weisbach equation,

with correlations for the friction factor, fD, available for different flow conditions and pipe and hose surfaces. The friction factor generally takes a form dependent on the Reynolds number such that the fluid viscosity has a positive relation with the friction factor. If the intent in the system is to run with a pump whose flow performance is sensitive to system back pressure, the viscosity of the intended fluid can be of importance.

Tap water is obviously the cheapest option, and purified coolant water will be costlier depending on the purity type and level required.

The costs of maintenance associated with a particular type of coolant can be worth noting. This would include filtration, ionization beds, cathodic protection, and top off of evaporated or leaked fluid. Disposal is another factor – tap or purified water can typically be disposed of in regular drainage, but water mixed with alcohols or other organics, and any organic fluid at all will normally require other methods. Coolant solutions that require periodic flushing and recharging during their lifetime, as well as solutions that must be handled at the end of a system’s life, may have costs of disposal that exceed the initial cost of the coolant.

Over time, in an imperfectly closed system (leaks in the seams or seals), the fluid levels can be expected to decrease. Addition of a water/coolant mix to top off fluid levels should involve specifically controlled concentrations of coolant to match the existing system fluid. However, glycols can break down over time into organic acids – measurement of system fluid pH and checking for solid and biological contamination can be an indicator that changing the coolant solution is required.

There are many types of cooling fluids available to satisfy application requirements. Selecting the right coolant for an application requires an understanding of the characteristics and thermophysical properties of the fluid, including performance, compatibility, and maintenance factors. Ideally, the coolant fluid is an inexpensive and nontoxic liquid with exceptional thermophysical properties and a long operating life. Each coolant option offers different properties, such as thermal conductivity, specific heat, and thermal stability, but their usage will ultimately depend on their reliability and economics. 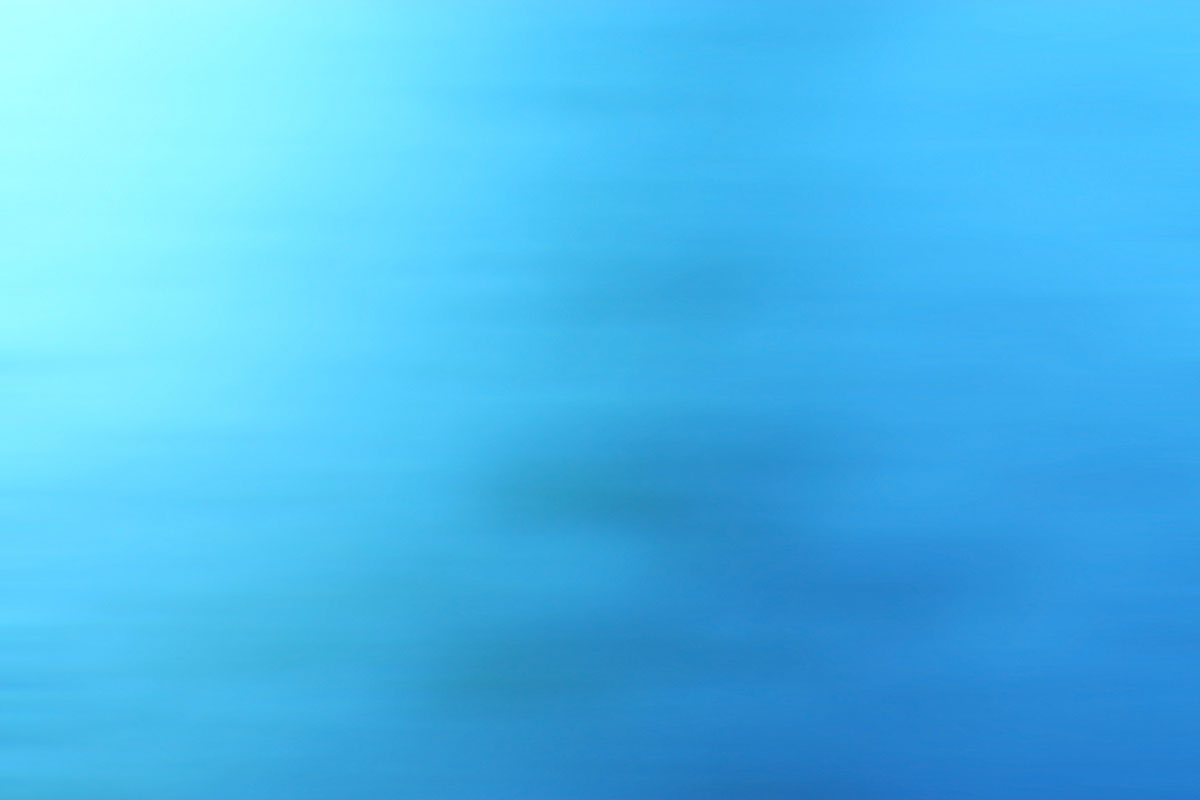